In retaliation for Speaker Nancy Pelosi’s visit to Taiwan last week, China conducted large-scale military exercises around the self-governing island democracy and suspended some trade between the sides.

The exercises led to a few shipping disruptions, but they did not affect traffic at Taiwanese or Chinese ports, analysts say. And the trade bans were notable mainly for what they did not target: Taiwan’s increasingly powerful semiconductor industry, a crucial supplier to Chinese manufacturers.

The bans that Beijing did impose — on exports of its natural sand to Taiwan, and on imports of all Taiwanese citrus fruits and two types of fish — were hardly an existential threat to the island off its southern coast that it claims as Chinese territory.

“China’s ban on citrus didn’t really affect us,” said Syu Man, a manager for a fruit exporter in southern Taiwan that ships a type of pomelo across East Asia, primarily to Japan. “We don’t depend on the Chinese market.”

China is Taiwan’s largest trading partner, yet Beijing’s options for punishing the island’s economy are somewhat limited. That’s because the most extreme measures it could take — like a semiconductor ban, or a full blockade of Taiwanese ports — would surely backfire on the Chinese economy.

For all of Beijing’s “venting” over Ms. Pelosi’s visit, China’s relations with Taiwan may well return to normal within two or three months, said William Choong, a political scientist at the ISEAS-Yusof Ishak Institute in Singapore.

“For China to effect punitive economic measures and sanctions on Taiwan would be akin to cutting off your nose to spite your face,” he said.

The trade bans announced last week were a reminder to Taiwanese exporters that doing business with China during periods of high geopolitical tension carries risks. Recent bans have targeted Taiwanese pineapples, wax apples and grouper fish, among other products.

Still, the latest measures are unlikely to be especially painful for an economy that is roughly the size of Switzerland’s and features a sophisticated manufacturing base.

What does China mean to Taiwan? China claims Taiwan, a self-governing island democracy of 23 million people, as its territory and has long vowed to take it back, by force if necessary. The island, to which Chiang Kai-shek’s Chinese forces retreated after the Communist Revolution of 1949, has never been part of the People’s Republic of China.

What does Xi Jinping want? China’s leader has made it clearer than any of his predecessors that he sees unifying Taiwan with China to be a primary goal of his rule — and a key to what he calls China’s “national rejuvenation.” Mr. Xi is also keen to project an image of strength ahead of his expected confirmation to an unprecedented third term this fall.

How is the U.S. involved? In an intentionally ambiguous diplomatic arrangement adopted in 1979, the United States maintains a “one China” policy that acknowledges, but does not endorse, Beijing’s claim over Taiwan. U.S. leaders have remained vague about how they would help Taiwan if China attacked, but President Biden has pledged to defend the island.

Why are tensions rising now? Speaker Nancy Pelosi’s recent trip to Taiwan — the highest level visit to the island by an American official since 1997 — has ignited regional tensions, prompting China to conduct its largest-ever military exercises near Taiwan. A chorus of official Chinese bodies portrayed her trip as part of an American effort to sabotage China’s efforts at unification with Taiwan.

“The political message is greater than the economic hit,” said Chiao Chun, a former trade negotiator for the Taiwanese government.

Even though about 90 percent of Taiwan’s imported gravel and sand comes from China, most of that is manufactured. China accounted for only about 11 percent of Taiwan’s natural sand imports in the first half of this year, according to the Bureau of Mines.

The two types of Taiwanese fish exports that China restricted last week — chilled white striped hairtail and frozen horse mackerel — are collectively worth about $22 million, less than half the value of the Taiwanese grouper trade that was banned earlier this year. They are also less dependent on the Chinese market.

As for Taiwan’s half-a-billion-dollar citrus industry, its shipments to China account for only 1.1 percent of the island’s total agricultural exports, according to Taiwan’s Agriculture Council. A popular theory is that Beijing singled out citrus farmers because most orchards are in southern Taiwan, a stronghold for the governing political party, the Democratic Progressive Party, a longtime target of Beijing’s anger.

Future bans may become more targeted to punish industries in counties that are D.P.P. strongholds, said Thomas J. Shattuck, an expert on Taiwan at the University of Pennsylvania’s Perry World House. There may also be less retaliation against counties run by the Kuomintang opposition party “in an attempt to put a finger on the scale for Taiwan’s local, and even national, elections,” he added.

The citrus and fish bans are part of a Chinese clampdown on Taiwanese food products that has accelerated this year. As of last week, the Chinese authorities had suspended the export licenses of about two-thirds of the 3,000-plus Taiwanese food producers that had been allowed to export to China, according to a review of official customs data. Several exporters said in interviews that many of the suspensions came in late June.

But not all of those businesses are terribly worried.

One company that was affected by China’s export restrictions, ChiaTe Pastry in Taipei, said it had never sent any products to that market in the first place. Another business, Huang Yuan Sing Pastry in New Taipei City, said its license to export products — including its signature five nuts cake — was among those suspended recently. But China accounted for only a small fraction of its profits anyway, an employee said, and the share has been declining during the pandemic.

In the seafood sector, the export licenses of half the 84 companies in the Taiwan Frozen Seafood Industries Association have also been suspended since July, said Tzu-zung Wu, the group’s general secretary. But many of them had registered in the mainland only because they wanted the option of expanding their business there at some point in the future, she added.

“It does not mean that they are dependent on the Chinese market,” Ms. Wu said.

More Coverage of the China-Taiwan Tensions

The island’s semiconductor industry is an increasingly indispensable node in the global supply chains for smartphones, cars and other keystones of modern life. One producer, the Taiwan Semiconductor Manufacturing Company, makes roughly 90 percent of the world’s most advanced semiconductors, and sells them to both China and the West.

Mr. Shattuck, the University of Pennsylvania analyst, said Beijing would consider that industry “off limits” during future crises or bouts of economic retaliation for a simple reason: China needs Taiwanese semiconductors as much as other countries do.

“If Beijing truly believes that it can squeeze Taiwan into reunification via military pressure and short of an invasion, then a strong and healthy Taiwanese semiconductor industry would boost China’s economy in an eventual ‘unified’ P.R.C.,” he said, referring to the People’s Republic of China.

The limits of China’s economic pressure campaign were on display last week as its military conducted four days of drills that simulated a blockade of Taiwan.

Even though some of the exercises took place in the Taiwan Strait, a key artery for international shipping, they did not disrupt access to ports in Taiwan or southern China, said Tan Hua Joo, an analyst at Linerlytica, a company in Singapore that tracks data on the container shipping industry. He added that port congestion would build only if the strait was completely blocked, port access was restricted or port operations were hampered by a labor or equipment shortage.

“None of these are happening at the moment,” he said.

Vessels that chose to avoid the Taiwan Strait last week because of the Chinese military’s “chest beating” activities would have faced a 12- to 18-hour delay, an inconvenience that would generally be considered manageable, said Niels Rasmussen, the chief shipping analyst at Bimco, an international shipping association.

If Beijing were to escalate tensions in the future, it would indicate that it was willing to put at risk China’s own economy as well as its trade and relations with Japan, South Korea, Europe and the United States, Mr. Rasmussen said by phone from his office near Copenhagen.

“That’s just difficult to accept that they would take that decision,” he added. “But then again, I didn’t expect Russia to invade Ukraine.” 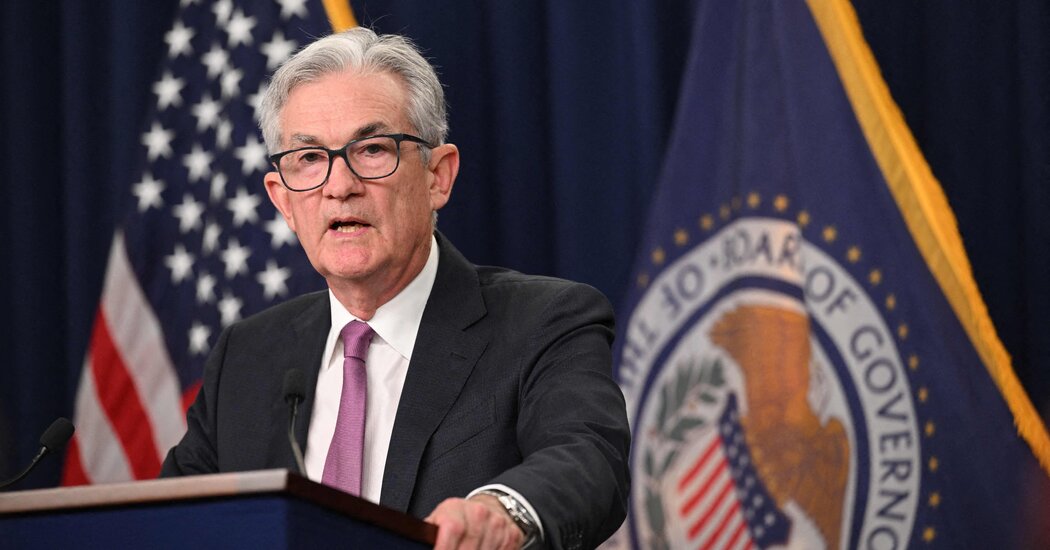 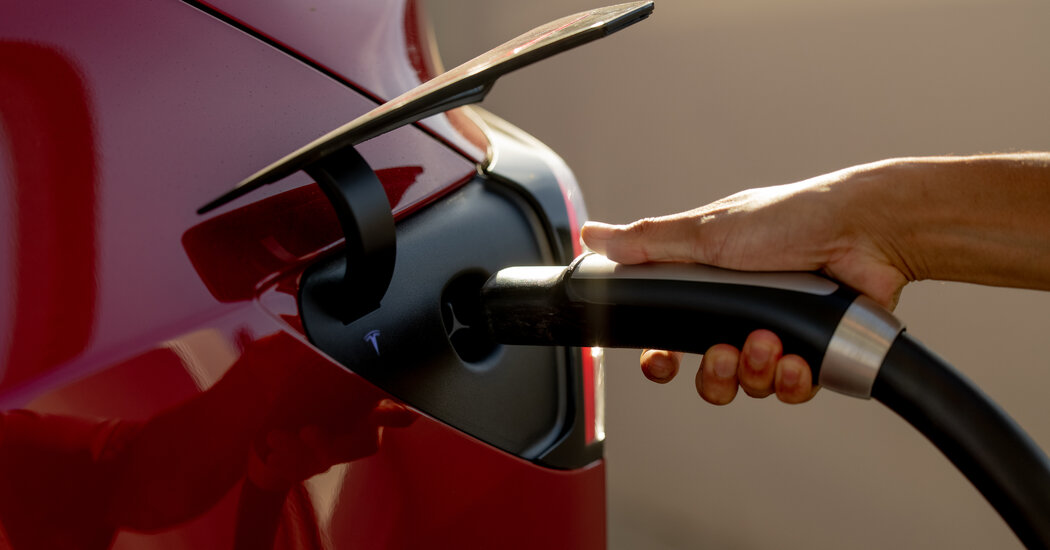 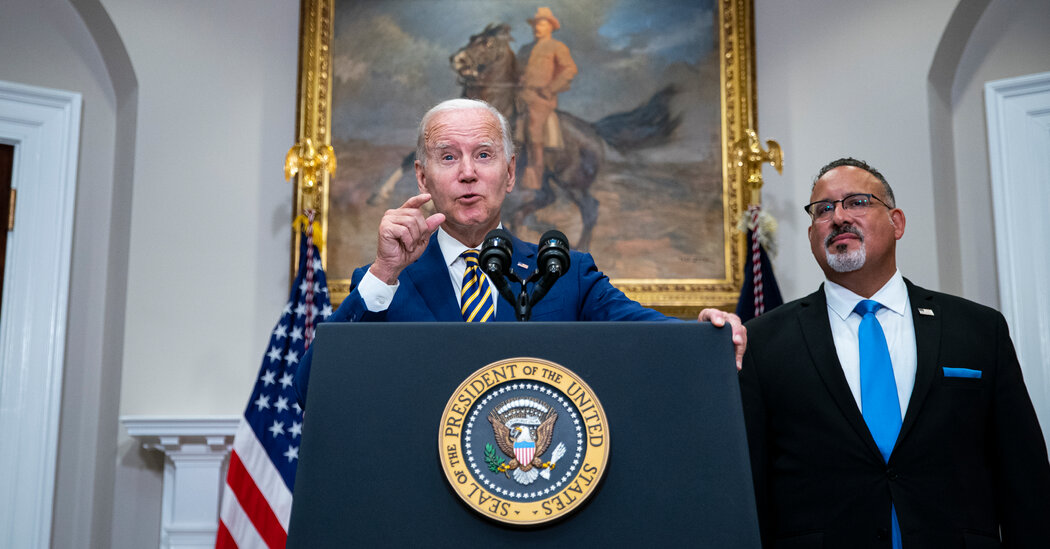 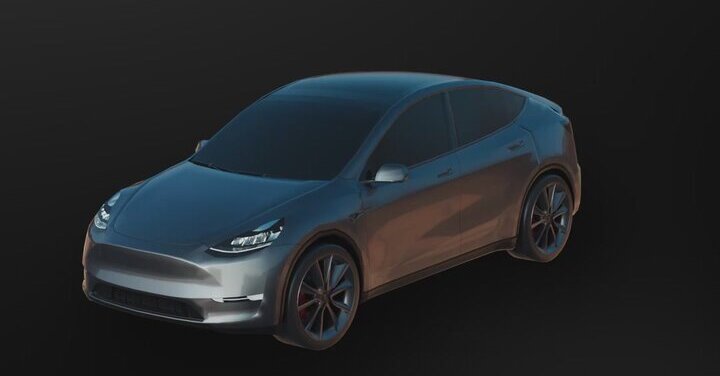